In a surge of growth, the city was rebuilt. The population doubled, building sizes doubled, property values doubled… How did Montrealers adapt to these changes? Compare the 1881 map with the 1901 map, one variable at a time. First, look at changes to the city’s physical characteristics, and then at how the population was distributed by religion, language, age, and gender.

Pace of construction in Montréal, 1840 to 1914 (number of permits). Source: Compiled by David Hanna from the Annual Reports of the Building Inspector.

The information comes from the Census of Canada (1881 and 1901) and the municipal tax roll. We grouped households into 54 districts (with identical boundaries for the two years), and we chose variables that could be compared. Which variables show the greatest change in distribution over 20 years? Which distributions do not seem to have changed at all?

If some results seem puzzling, you might want to look at things from a different perspective. In the Mix and Match section, you can select your puzzling variable alongside another variable that may help explain the situation. How are the variables related? Which variables are correlated? The distribution of women might provide some clues...

Select a variable. Look at a map of that variable for 54 Montréal districts in 1881 or 1901. Ask yourself: Is there a pattern? What does it mean? How did it happen?

This section provides two ways of navigating the data and allows you to toggle between the two dates. We ask some leading questions and provide some photos to help guide your inquiries. You can also mix and match variables to look for new explanations.

Lot coverage (built-up area as a percentage of total land)

(X23) What parts of the city remained undeveloped in 1881? As you might expect, the old town centre was largely built-up. Some “downtown” businesses, like jewelry stores and department stores, had already begun moving up the hill. 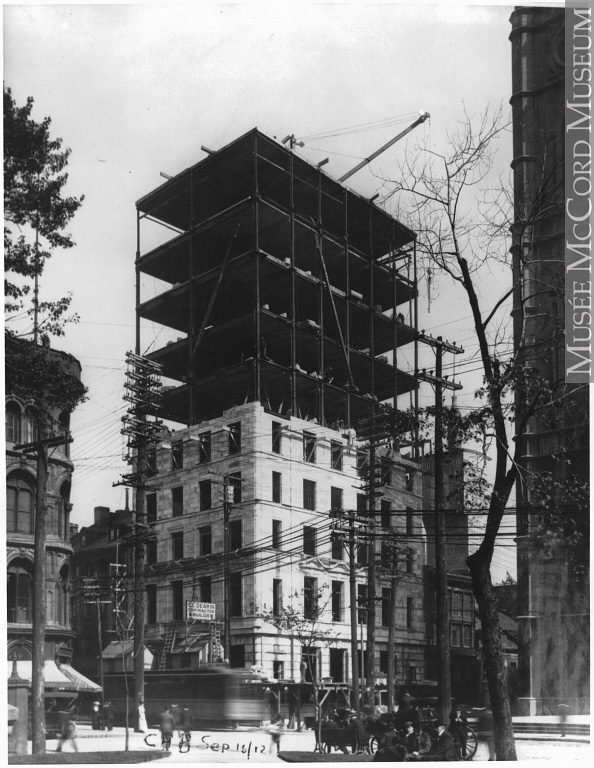